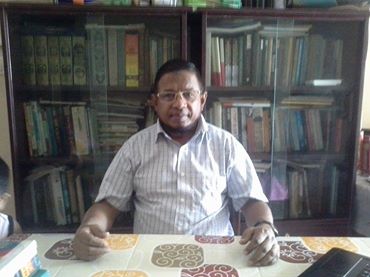 The Etymology of Magh

Mohan Ghosh wrote in his book ‘Magh Raiders of Bengal’ that, “In 8th century under the Hindu revivalist leader, Sankaracharijya, Buddhists in India were persecuted in large-scale. In Magadah, old Bihar of India, Buddhists were so ruthlessly oppressed by chauvinist Hindus and rival Mahayana sect of Buddhists that large numbers of Hinayana Buddhists had been compelled to flee eastward who ultimately found shelter in Arakan under the Chandra kings.” These Buddhist immigrants assumed the name Magh as they have migrated from Magadah.

The term Magh suggests that the word is derived from Maghada, the country where the Buddha lived. That country is mentioned in the Arakanese Chronicles as the original residing place of the ancestors of the Arakanese kings who were the relatives of the Buddha.

At the time of the Buddha, Magadha formed one of the sixteen Mahajanapads, which was an important political and commercial centre, where peoples from all parts of Northern India used to visit in search of commerce and of learning.

The Language that was spoken in Magadha was called Magahi Language or Magadhi language. The ancestor of Magadhi, from which its name derives, Magadhi Prakrit, was created in the Indian subcontinent, in a region spanning what is now India and Nepal. These regions were part of the ancient kingdom of Magadha, the core of which was the area of Bihar south of the Ganges. It is believed to be the language spoken by Gautama Buddha. It was the official language of the Mauryan court, and the edicts of Ashoka were composed in it. [1] Cardona George Dhanesh in his book ‘The Indo-Aryan Languages’ wrote that, “The name Magahi is directly derived from the name Magadhi Prakrit, and the educated speakers of Magahi prefer to call it Magadhi rather than Magahi.” [2] Magahi is closely related to Bhojpuri and Maithili, and these languages are sometimes referred to as a single language, Bihari. These languages, together with several other related languages, are known as the Bihari languages, which form a sub-group of the Eastern Zone of Indo-Aryan languages.

Magh for Arakanese is commonly applied to the inhabitants of Arakan particularly those living near the Bengal district of Chittagong. There seems to some truth in the word being derived from “Maghad” of India. According to A. Phayre, the name Magh originated from the ruling race of Magadha (Bihar) and relying on a Burmese oral tradition, he says that they were originally a Kshartiya tribe of the north India and migrated from Magadha to Burma through eastern Bengal. Subsequently they spread over Arakan from Burma. [3] The derivation would probably be Magadhi, the adjective form of the proper name, Maghi–Magai–Magi–Mog or Magh. The New English Dictionary states that the word Mag, Mogen, Mogue appear as names of Arakan and the people in 15-16th centuries.[4]33 Among the old testimonies regarding Arakan association with Magadha is that of Daulat Kazi (1622-38), a well-known poet of Arakan, according to him, the rulers of Rosango (Arakan) belong to the Magadha dynasty and were Buddhists by faith. The poet in his Sati Mayna frequently uses the term Magadher pati and Magadha Raja to signify the kings and the Kingdom of Arakan respectively. [5]

Westerners remained inconsistent in their references into the nineteenth century, using Rakhaing (and its versions) as a political term while also using Mugh as interchangeable with Rakhaing in both usages. Thus, Bernier (1665) referred to the ‘Kingdom of Rakan, or Mog.” [9] Heath refers to “Muggs or Arrackanners” (1689), Ovington refers to “this Kingdom of Arracan, or Empire of Mogo.”(1696), [10] and one anonymous account of Rakhaing refer to the “Mugs or Aracaners” (1777). [11]

There was a simultaneous trend for using Mugh together with Rakhaing as a political or geographic term, as indicated in Fitch (1585). This occurred as well in some Persian accounts, as in the Tuzuk-I-Jahagiri (c. 1620) which referred to the Maghs, as opposed to state of Arracan. [12] Likewise, the Baharistan-I-Ghaybi (c.1641) applied “Mag” to the king and the people of Rakhaing, but “Achrang” and “Rakhang” to the country. [13] This usage as also adopted by British officials in the early part of the nineteenth century, for as Bayfield uses the terms, “Mugs, or native inhabitants of Arracan” (1834). [14] The last case can be explained, however, according to the annexation of Rakhaing and its establishment as a British province, which left Rakhaing on both sides of the provincial borders; hence, Rakhaing was used after the First Anglo-Burmese War (1824-1826) in its strictest geographical and political sense.

The origins of ‘Mugh‘ are murky at best and have led to confusion at least since the eighteenth century. In 1696, John Ovington complained that he could not ascertain from “whence they [the kings] derive that Appellation of Moghi.”[15] There are perhaps as many, mutually irreconcilable, theories to explain the origins of Mugh as there are for Rakhaing. Nevertheless, Mugh appears to have been entirely an external ethnonym, applied to the Rakhaing, rather than accepted by them. [16] Hamilton (Buchanan) explained in the late eighteenth century that while the Rakhaing at Calcutta were called ‘Muggs,’ they “are scarcely known by that name in their native country” [17] AS Buchanan further explained in 1799:
Arakan, or the kingdom of the Mugs, as we often call it. Whence this name of Mug given by Europeans to the natives of Arakan, has been derived, I know not, but, as far as I could learn, it is totally unknown to the natives and their neighbours, except such of them as, by their intercourse with us, have learned its use. [18]

Another theory that emerged among Bengali scholars was that Magh came from the Sanskrit word Magdu “meaning a sea-bird and therefore a pirate.”[19] Ahmed Sharif’s recent explanation of this theory, however, suffers from a misunderstanding of the origins and nature of Rakhaing seafaring. Sharif argues that before the seventeenth cenury, Maghs did not practice piracy. They adopted piracy as a profession…when they came in close contact with the Portuguese who allured them to piratical; activities, With Portuguese assistant the Maghs became adept in sea-faring. [20]

After they did so, from the seventeenth century, Magh became associated with raiders and the terms “Magh and Magher Muluk stood for tyrant and tyranny respectively.”[21]

Willem van Schendel explains that Mugh is a “general term for people living to the east of the Bengal” and includes Rakhaing, Borua, Burman, Kuki, Manna,Mnr, etc..[22] Ahmed Sharif specifies that Mugh is applied as a blanket term, but specifically for Buddhists: “‘Magh‘ is used by the Chittagong people to mean the follower of Buddha in general, and all Buddhists whether living in Chittagong or Arakan or in other parts of the world are termed ‘Magh.”‘[23] This does not appear to be correct, at least not until after the late eighteenth century. A Buchanan found in his travels in Bengal, the Manipuris, known to the Bunnans as Kathee (Kathi), were known as ‘Muggaloos‘ by the Bengalis. Again, this led, as Buchanan complained, to the creation by Rennel of a country that really was not there. As Buchanan explained: