Rohingya: A Challenge for ASEAN Society 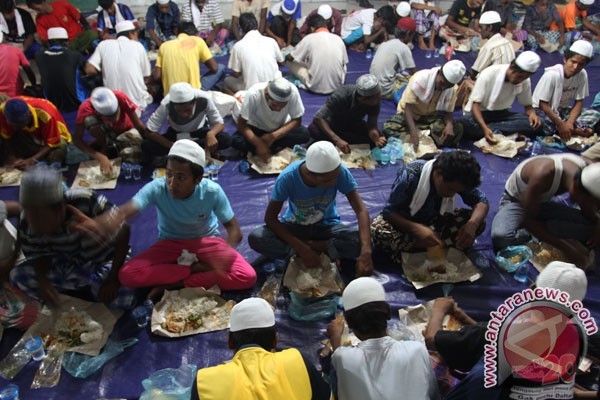 Rohingya refugess in Langkat, North Sumatra, on May 17, 2015.(Antara/Irsan Mulyadi)

7 Jun 2016 – The plight of the Rohingya people in Myanmar has attracted the world’s attention for years. In May 2015, the Rohingya refugee crisis grabbed international headlines when tens of thousands of Rohingya fled from Myanmar’s state-sponsored persecution in overcrowded boats heading toward Thailand, Malaysia and Indonesia.

Myanmar’s government views the Rohingya as illegal citizens and describes them as immigrants from Bangladesh, despite the group having inhabited Rakhine state since the 16th century. Government policies bar them from praying, obtaining education or getting married. Many children have witnessed their parents killed by the junta regime, as if the Rohingya people were delinquent evildoers.

The Rohingya also lack religious freedom. The problem is compounded by the attitude of many of the country’s monks, who approve of enmity against the Rohingya, as the majority of Myanmar’s population is Buddhist. Ashin Wirathu, a Buddhist monk and the leader of the anti-Muslim movement in Myanmar, is known for his controversial idea of sending the Rohingya people to a third country.

According to the UNHCR Global Trends Forced Displacement in 2014, the number of individuals forced to leave their homes and seek protection elsewhere averages 42,500 individuals per day.

In 2015, a report by ASEAN Parliamentarians for Human Rights ( APHR ), an organization of members of parliament from several ASEAN countries, stated that infraction of human rights against Rohingya had resulted in a regional human trafficking epidemic. The group added that there had been further abuses against the Rohingya people upon their arrival in other Southeast Asian countries.

A number of non-governmental organizations in Indonesia have tried to resolve this humanitarian crisis in Myanmar by pushing ASEAN. Humanitarian activists have begged ASEAN to take a firm stance against Myanmar and urge Myanmar’s government to restore the citizenship and full rights of the Rohingya people.

Unfortunately, ASEAN itself has failed to adequately respond to the crisis, and the suffering of the Rohingya endures.

The role of ASEAN society

The international community previously looked to Aung San Suu Kyi to solve these crises, as a Nobel Peace Prize winner for her struggle for democracy. Thus far, however, the Lady has remained silent on the issue.

Penny Green, a law professor at the University of London and director of the State Crime Initiative, said, “In a genocide, silence is complicity, and so it is with Aung San Suu Kyi.”

At this point, humanitarian activists must speak up regardless of the consequences. This situation is so critical that ASEAN society can no longer stand by watching. The longer we choose to be silent, the greater the loss to our collective humanity.

In the midst of silence, an international summit initiated by the South East Asia Humanitarian Committee ( SEAHUM ) deserves our utmost appraisal.

SEAHUM is a humanitarian organization network based in Southeast Asia, aiming to encourage countries to cooperate in humanitarian activities in the ASEAN region. The group initiated an international summit on 18-19 May ago in Bogor, West Java, as a bridge for stakeholders who have contributed to this issue.

The summit discussed a number of issues related to the Rohingya, such as understanding the opportunities and challenges for the Rohingya after the general election in Myanmar, ASEAN countries’ role in helping the Rohingya and how to create good cooperation with all stakeholders.

SEAHUM also encouraged the Indonesian government and ASEAN to commit support for the protection of the human rights of the Rohingya people in Myanmar.

During the summit, Parni Hadi, a founder of Dompet Dhuafa, said Indonesia should launch a measure of total diplomacy, which he called “civic diplomacy”. This diplomacy, which involves the people instead of depending on governments, is similar to public diplomacy.

The UN General Assembly’s human rights committee unanimously passed a resolution calling for Myanmar to grant citizenship to the Muslim minority Rohingya people. Committee also called on the Buddhist nation to contain violence against the Rohingya and other Muslims.

The international community and ASEAN, in particular, have an important role in mitigating human crises in Myanmar as mentioned before. Humanitarian advocacy is one of the most effective ways to end violence in Rakhine state.

As the most influential organization in South Asia, ASEAN must dare to converse and act when infractions occur – and so must society.

The writer is a humanitarian activist.